Big Team Battle Included in Halo 5 After All!

I’m sitting here downloading my Halo 5 update for Big Team Battle, Battle of Shadow and Light, and since I can’t play while it’s updating (I had the pesky “When Xbox is off, turn off storage” checked :/) I thought I’d hit Google and check out some of the deets.

The Battle of Shadow and Light update includes new armor, skins, REQ Packs and a new assassination called Shove-It, and while the new assassination in particular is intriguing, the best part of this 6.2 GB update is four new maps and the return of the coveted BTB gametype.

Halo 5’s BTB features the same game modes as Arena (Slayer, Capture the Flag and Strongholds) , but with a larger Motion Tracker found in Warzone. It appears the four maps included in the update are all Forge-created? Not sure, but it reads that they will be available in custom games and Forge, once that is released in December. The maps are said to be based off existing Halo maps, and check out the screenshot of this map, Deadlock – – is it not one of the most beautiful things you’ve ever seen in your life?!! Can you say “Standoff”? 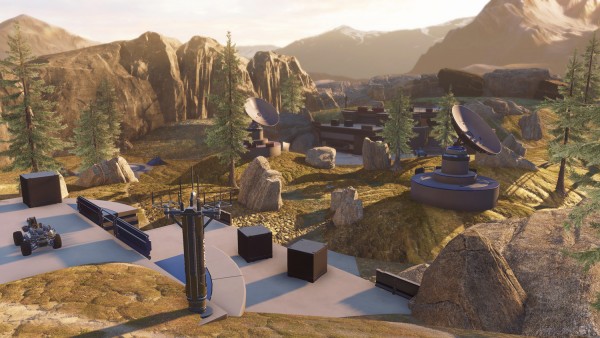 Well, I’m at 71% so it’s time to scoot. And, yes, I unchecked “When Xbox is off, turn off storage”! Very much looking forward to getting in some Big Team Battle with some of the old gang!

For more information on the Battle of Shadow and Light update, check out the following resource links:

“Battle of Shadow and Light Update is here!” – Halo Waypoint >>