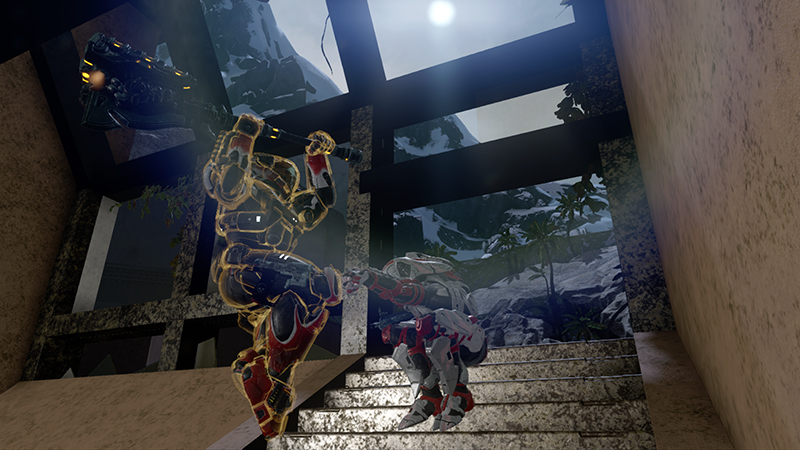 Wow, has it really been two years since I’ve written an article for Halo Diehards? Blame it on 343 for letting so much time go by without releasing any new content (no, MCC isn’t new content, lol). But something big has happened in these last couple years. After everyone left Halo 5, one day in a fit of boredom I decided to try and create an epic map and gametype and dove headfirst into the world of Halo 5 scripting. Cut to two years later, and I can do a great many things with Halo 5 scripting that I never even knew was possible.

Which brings us to Juggernaut Classic. Juggernaut is one of the many gametypes that 343 failed to include the possibility to create using Halo 5 gametypes. One-sided flag and assault are included in that list, which have since been worked out by some of the top scripting minds of The Scripter’s Guild (for those who ventured off and haven’t made it back, One Flag even made it into matchmaking for a bit). Since Halo 5 came out, it’s gotten under my skin that some of the most quintessential game modes that make Halo what it is weren’t included in Halo 5 by 343. I’ve used that fire to fuel my determination to bring them to life in this interim before Infinite. And so, using Halo 5 scripting, I’ve created Headhunter, One Bomb, and Juggernaut with my Scripter’s Guild mentor Yumudas Beegbut, who has taught me all the things.

Juggernaut Classic does it’s best to mimic that classic Juggernaut gameplay. It puts everyone who isn’t Juggernaut on the same “team” by displaying a FRIENDLY nav over all non-Juggernaut’s heads, and they can’t really do damage to each other. At game start, the Juggernaut is chosen at random, and all other players can identify him with a nav, but he can’t see where his enemies are. Only Juggernaut can score points, and if you kill the Juggernaut you become the next Juggernaut.

Juggernaut Classic comes with it’s own map “Juggy Nuggies”, specially designed for the mode by FatKidForger. The map features super-clean lines, a jungle aesthetic, and special attention to creating a playspace for the mode.

Learn more about Juggernaut Classic and Juggy Nuggies in this mini doc edited by FatKidForger.

I’ll try to make it back soon and publish updates on Headhunter and One Bomb. In the meantime, Happy Holidays, stay safe, and catcha next time!