Trueskill or Ranks, Please Just Do It Right

The following was written by guest author, Crowdaddy, and does not necessarily reflect the opinions of Halo Diehards as a whole. Have an opinion? Like to write? Feel free to submit your articles for “Opinionated Gamer” to: contact-us@halodiehards.net.

With Halo 4 release arriving in less then a day, I recently decided to start looking around for additional tidbits of information about changes or additions that I hadn’t heard about yet. While on the MLG forums I found a thread that stated there would be no official numbered rankings, and that the “trueskill” engine would remain in place to give players an “invisible” rank. This, of course, led to an explosion of complaints, rants and even threats to boycott 343.

I too was disappointed with the news, having had numerous nail biting moments of excitement trying to defend or increase my ranks in the old H2/3 playlists. When I read the comments and searched for additional information, I developed a theory about what was actually driving this anger, and subsequently, what may have caused the steady decline of active players in Reach. I’m sure that you have your own feelings on this matter, and I can respect any rational argument that rankings help drive competitive gaming; sometimes, I agree. Upon further reflection however, I don’t think it’s the lack of a ranking system, or at least, it’s not the core reason.

I am a self-proclaimed original “gamer”, having been born during the days before widespread home consoles, where video arcades still dominated. I’ve owned and played most systems, and grew up with the overwhelming desire to finish whatever task I was required to do, just so I can get back to playing “insert title”. I even went through phases of Dungeons and Dragons, Warhammer and many other imagination based, non-video games. Some time in the 90’s, my friend told me to check out a game called “Golden Eye”, and it was then that I truly understood what addiction meant. 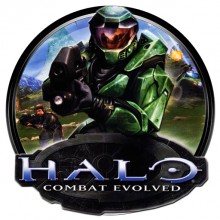 Life kind of stopped for me around then, spending an unknown amount of time playing, not only to beat the game and play its linear progression, but also to dominate my friends in multiplayer split screen. It was the first time that I “practiced” when I didn’t have an opponent; such as throwing ordinance over and over to get it “just right”, finding the best strategies, game mechanics to exploit, etc. The love affair with competitive FPSs had begun. From there on, I would buy any shooter on any system as soon as it came out, looking for the next big game. I’ll spare you the reviews, successes and failures, and just skip ahead to Halo CE.

When Halo CE was released, it was as if the clouds parted, angels sang, a beam of bright light pierced the sky and new era of FPSs was born. Halo wasn’t the first game that was heavy dependent on multiplayer, but it created a new benchmark for what a shooter should be, and set the stage for all that would follow. I will skip the overall general praise for Halo 2 and just get right to its ranking system. 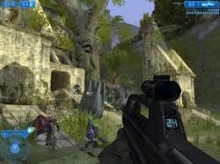 The H2 system was an awesome experience for the competitive gamer, and a disaster at the same time. A good player could achieve the early to mid thirties in a given system, then hit a wall of cheaters and hackers.  Halo 3 and the 360 fixed most of these issues, but the bad seeds still found a way to cheat the system, although this happened far less then in H2. The unique issues to H3’s system were mostly the occasional “de-rankers” and the far more frustrating matchmaking wait times. I wont go into the logistics of that system, but you all know how long it would take if your party wasn’t properly balanced.

Regardless of these flaws, the competitive nature of the ranked system for both games remained. It was, in my opinion, the single most important aspect of the early versions.

It is my understanding that the reason for the change to the Reach “trueskill” system, was to finally solve all these problems in one clean swoop. Keep the competitive nature of the ranked playlists, eliminate cheating and streamline the matchmaking process. Unfortunately, the actual result was something of a blend of social games and a hollowed

out ranked match, with a completely new list of complications and flaws. In any given match, regardless of playlist, the skill range seems to be very widespread, not necessarily in terms of skill, but more in playing style and purpose. Behavior such as quitting early, no headsets, idle players, betraying and a general lack of desire to be a team player. I’m not sure of the specific ways that these aspects are calculated, or if they are at all, but the system seems to fail more often then it succeeds.

The ranking system that we all loved will surely be missed in the new title. I’m still excited for the new game, and will play it to no end, but without an overhaul of the “trueskill” system, I fear that the Halo 4 will fall short of the qualities necessary to stay fresh over the long haul. There are no amounts of armor, helmets, load outs, or invisible pretend money that will take the place of competitive gameplay. The quick “fix” reward systems that are prevalent in all games these days, appear to be the way of the future, but it will always leave you feeling unfulfilled in the end.

So if there will be numbered ranks in our future, there must be a change to the Reach system. There needs to be a better tracking of game behavior to keep the right people matched together. I personally don’t care how, and at the end of the day, don’t care what my Spartan looks like or what number/emblem is next to my name.  If the option to play with serious gamers or screaming-betraying-quitters is to be automated, the mechanics need to work better.

The ball is in your court 343, can’t wait for tomorrow.