What Halo fan hasn’t imagined what it would be like to suit up and fight the fight? Many fight a fight just to be allowed to display Halo memorabilia in their homes! Even diehard Halo fans that don’t collect would love to get their hands on a life-sized Halo weapon prop. Even better, how about being able to display a collection of Halo weapons props on an entire wall of your house?

Our next Spotlight guest not only has that wall display of Halo weapons props, he’s created every single one of them, and he’s teaching others how they can do the same. What do we like about him the most? The fact that while many of us dream of suiting up, Andrew just goes for it! Please join me in welcoming Andrew Cook, DaFrontlineTrooper, to this month’s Halo Diehards Spotlight. 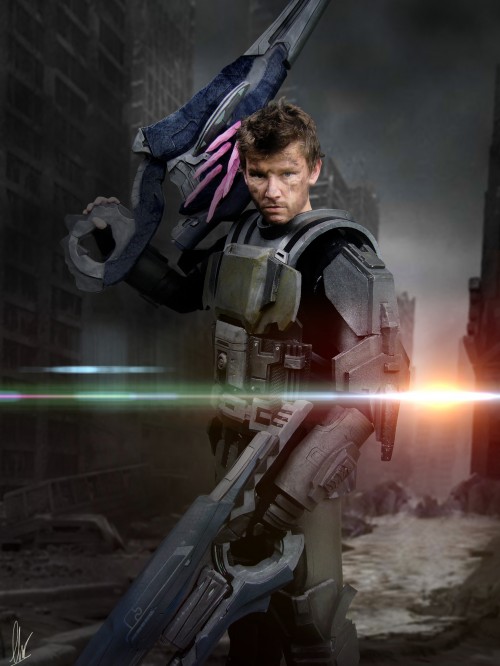 * Approximately how many hours of Halo do you play a week?

I have a very busy schedule but I always love to play Halo when I can. I like to finish most days with about 1-2 hours of some matchmaking with my mates =) so about 8 hours a week. I wish I could play more.

* Where did you get the idea to start making weapon props?

I have always been an artist, dating back to when I was 12 when I tried to make a clone trooper suit from Star Wars, hahah =P it was pretty epic back then =) But from that point on I grew up with Halo and became immersed in it. But I think the original idea for making costumes and props definitely is thanks to the Lord Of The Rings Trilogy. I was in love with it and wanted to replicate the costumes =)

* How did you go about creating the weapons props? 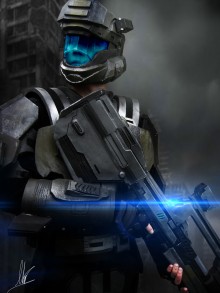 Being young when I started I didn’t have much money, so I had to use what I could find such as cardboard and scrap plastics. Then pepakura came along thanks to the teams over on the 405.com and I started getting into that, but I felt I was not learning/increasing my own artistic skill so I ditched that and created the suits using other methods over the years with foam.

* What’s the most memorable thing that has happened while you were playing Halo on LIVE?

Hahahahha, it would definitely have to be back on Halo 3. I was playing a Slayer on Narrows and it was 48 to us and 49 to the enemy, and the whole of the enemy team was on the inside of a bubble shield, and all of us were outside waiting for it to break. Next point would win and we didn’t want to charge because they had the sniper, which at close range could be used as a shot gun and they would win, so I quickly yelled at my mate to stick me and I ran into the shield and blew them up. We got a betrayal but 4 kills, claiming the victory =)  Perfect quote from transformers: “ No sacrifice, No Victory”

Everything from costumes, weaponry to digital artwork is up on display on My YouTube channel, Deviant Art page, and FaceBook.

* If you knew Earth were going to get glassed one year from today, what would you do with that year?

* What are your thoughts on… Hunters?

I hate them ay =P, I always start my game on heroic single player so it takes me ages to get past them when they come into the game. I will always manage to take out 1 then get killed by the other T_T I’m surprised I have not thrown my controller through the TV due to the amount of rages I’ve had due to being killed by them. But then I found a technique and it works every time =) 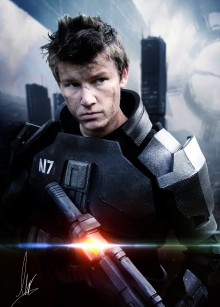 Being a New Zealander I have definitely been inspired by Peter Jackson (director) and Richard Taylor (Weta Workshop Creator ) and other YouTubers such as Freddie Wong and the teams that work with him =) and a lot of the guys over on the 405th and many of them that I work with now on Halo : The Fallen, Fan Film.

* how long have you been creating your Halo content and how many have you created?

Halo content I started late in 2009 when I was 17 and since then I have made 3 Halo costumes and about 40 Halo weaponry: pistols, shotguns, SMG’s, assault rifles, sniper, and Spartan lasers – – all hand carved =)

No, I choose not to play in clans. Everyday I receive so many emails asking what my gamertag is and if I can join their clans and I always deny because I do not have enough time to play as much as they would like me to. And it would be unfair to say no to others but yes to someone.