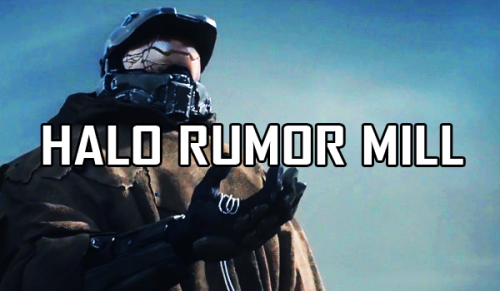 [Note to reader: please read comments below before continuing with this story. Further investigation shows that Frankie’s ‘confirmation’ was most probably sarcasm.]

An article by DayandKnightly of Reactive Bias cites sources including a leak and confirmation by Frankie himself that the leak “Seems legit.” The leak, posted by a guest on pastebin, lists details known and previously unheard by the public describing the upcoming shooter, and a link was posted at NeoGAF, where Frankie confirmed it’s legitimacy. The author describes the ability of Master Chief, who has gone rogue, to fly by ship to various planets, exploring and performing side-missions.

If one were so inclined, one might suppose that the leak were pre-meditated for the purpose of learning opinion on the matter, perhaps garnering input for further development without openly giving out details. It does seem strange that Frankie would respond at all. Who knows, maybe he’s in trouble now for not holding his tongue, as Bs Angel is known to do when pressed for details on Halo 4.

Following are the details from PasteBin, which were posted June 27th. Check it out and see what you think:

At the moment 343i is in the prototype phase, but i will post the current state of Halo for Xbox One.
Just a reminder that the game you will see probably wont feature everything you are reading here.

Tech:
60 FPS has been confirmed at E3, now the team around Corinne is basically taking the Halo 4 Engine, “dumps” it on Xbox One Devkits and measures the perfomance and goes from there.
The Xbox One hardware is really powerful, though as many have stated not as powerful as Sony’s machine. Nevertheless the team does have the goal to create one of the best looking titles next year. People are seriously overstating the power difference and underestimate the potential of the eSRAM (yes, it was included for bandwidth reasons, but the low latency does increase efficiencs in real world perfomance, if the eSRAM is used in smart way. I basically got the same code, with some optimization with the eSRAM running only 20% worse on Xbox Oen than on a PS4-Devkit from January.
Now what tech and graphical features will be implemented?
Deferred Shading will finally be implemented, Halo 4 was really sparse on terms of dynamic lights, a drawback of havin to use a traditional forward renderer. G-Buffer will consist of 4 MRTs. The entire pipeline is HDR and linear space. Those Render Targets will probably be stored in the eSRAM or split between the two pools, depending on perfomance.
Some form of SSAO will also be implemented, Halo 4 only had static and baked AO which looked great in pictures.
PRTs will be used, current tests with eSRAM and the results are amazing. Thanks to 5GB of ram (soon 6GB ;) ) the textures will look amazing and the models will have plenty detail.
There are a few drawbacks with aiming for 60 FPS. First the game will not render in native 1080p. Current resoultion on display plane 2 is 1920×720 (1,3 Megapixel compared to 2 for 1080p), display plane 1 (HUD an weapon) will be native 1080p. You literally cant tell the difference.

Cloud:
Dedicated Server.
First titel to showcase true power of cloud processing. Massive battles with 100s of AI (calculated by the cloud); massive worlds with dynamic weathher and global lighting (all done in cloud).
And yes, this will need an alway online connection(you dont need a powerful connection, those data pakets are really small)

Game:
Campaign is planned to be 3-5 times longer than Halo 4. No more linear , going open world.
Master Chief has gone rogue, has own ship and can visit different planets (6-8 planned). Each planet has several regions with main objectives and several side missions. ( Think of Wings of Liberty or Dawn of War 2 cmapaign)
Core gameplay is still Halo (2 weapons, grenades, melee; “30 seconds of fun”; sevaral different enemies) but there are RPG elements added to it: character progression (mostly items like forerunner relicts you will find that make Master Chief stronger or will give him more ablities), not really loot, but you will have to acquire weapons first, before you can use them in more missions. Weapons are stored in the armory on the ship and chief can choose his loadout, which he will use on the mission start. He can still pickup and use the weapons he finds in the different missions.Loadout weapons are basically the same you have in Halo 4 Multiplayer (you cant start with a rocket launcher, but you can call in those “super weapons” on a mission like in Infinity Multiplayer; difference is this is a limited ability, at “low level” you can call one time, this can be upgraded over time)
There will be more weapons in campaign than in Halo 4(and yes more “alien” weapons; not just human weapons with a different coat)

Vehicles:
Biggest number of vehicles ever.
Warthog (classic, rocket, gauss), Scorpion and yes the Grizzly will be in, Mammoth, upgraded Mantis, more Halo Wars vehicles like rhino, wolverine, cobra, hornets, falcons, vultures
Chiefs ship can store a limited amount of vehicles (call in similar to weapons)
Forerunner War Sphinx are in, very powerful enemy “vehicles” (and yep you will fight them)

To put the gameplay in campaign into perspective:
The team was running an encounter test in the Halo 4 engine with prototype models.
This encounter featured several hundreds of Brutes with 2 Scarabs, 10 wraiths and several ghosts and banshees fightin against one Forerunner War Sphinx and some Prometheans. Now the player could engage in that battle or just simply watch them fight (Power of the Cloud: AI in short distance to chief is process on the box; rest in the cloud) and pick off the remaing forces.
Well the current player chose to engange, took his Hornet and landed it on one of the Scarabs ( the AI is amazing, the Brutes had now to choose who to fight, most forces fought against the Prometheans, a few took on the fight with chief; it really looks and feels like every single AI makes smart and menaingfull decisions))
The Player killed of the crew on the Scarab and well, thise time he doenst destroy the Core, he gets behind the wheel of the Scarav ;) All hell breaks loose, brute forces more and more engage the rogue Scarab, while the Prometheans dont really difference their enemies.
And yep the Scarabs is destroyed withing seconds , thought the Player surived thanks to god-mode.
Those are the kinds of encounter you will find in the final game.

Thats it for the moment. Just a small glimpse into what you will eventually play in November 2014.