This article was originally written and published by CHa0s in 20011 in good fun. Merry Christmas! 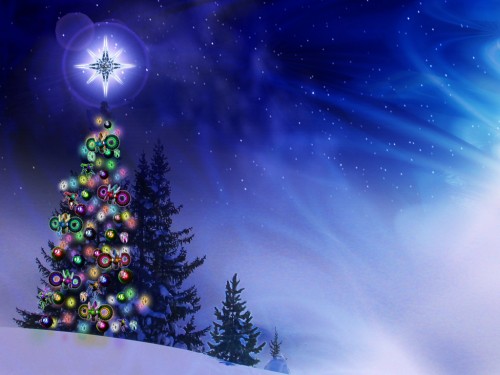 How to Identify the Elusive Christmas Newb

I think I had my first real sighting this year, last night, Christmas 2011. It was in Anniversary Slayer on Penance, in Halo:REACH. I can’t know for sure, but past experience tells me it was most probably a bonafide Christmas newb.

I’d hopped on LIVE after anticipating it all throughout the day, whilst being happy, joyous and free amongst friends, feasts and family. Greatful for a magical day of giving, I was now switching gears to take, and hopped on LIVE to hunt the elusive Christmas newb.

So I partied up with my Xbox LIVE family and team and the hunt was on.

“What exactly is a Christmas newb?” you may ask yourself. A Christmas newb is one of the droves of new blood that infiltrate the games we love each Christmas. That kid whose mom finally caves and lets him have games with the “M” rating, that holdout family that finally goes high speed, that adult PC gamer who finally buys an Xbox 360 and is holding the controller for the first time. Boys and girls full of joy and wonder, exploring our worlds in rapt fascination for the first time.

the Christmas spirit has left the building, boys and girls, we’re here to wreck your day >:D

How do you recognize a Christmas newb? Let me count the ways:

1. Upon approach they do not acknowledge your presence, instead looking up and around with new eyes at the beautiful graphics of your world.
2. When shot, some may go into wild, sporadic, seizure-like movements, finger on trigger.
3. You can dance side to side as they try to shoot you and any shots that do land tickle.
4. If you land on their head, they spin about, seemingly filled with consternation and confusion – – “Where did they go?!?”
5. When startled they jump, throw a grenade, and/or wave their gun about sporadically (see #1).
6. Their guns don’t fire while they’re running.
7. Their feet don’t move while they’re firing.
8. You can dance in at them and then back out, just out of reach. They will stand there and pummel dead air.
9. They run sideways a lot.
10. They run straight across the middle of a map to their deaths. Over and over and over.
11. They run into walls.
12. If you and your teammates surround them, they spin, spray n pray.
13. You can get them to chase you like a flood puppy. *
14. They are frequently seen casually wandering off the map to their deaths.
15. You can circle them, keeping their newb guest in between you and them. They will kill their guest trying to get at you.
16. If you taunt them, they will come at you. Every. Time.
17. If they happen to figure out how to pick up the sniper, you can come at them in great leaps and bounds – – left, right, left right… – – they run.
18. They’ll fly with jet-pack as high as they can go, then fall to their death.
19. They throw grenades at themselves, they throw grenades at their teammates, they throw grenades at the air.
20. Now their character is seen slowly walking along a wall, now walking stuck in a corner. They’ve stepped away from their console for now, perhaps for a cookie, or some Christmas fudge, or maybe to cry softly in their own corner, spirit broken. But they’ll be back; they’re hooked now. And next year, they’ll gladly fall upon the Christmas newbs of 2012.

Me? I can’t wait to get back online tonight and back to the newb-feast.

* an infected soldier or elite of Halo’s 1 and 2, rendered harmless yet still mobile