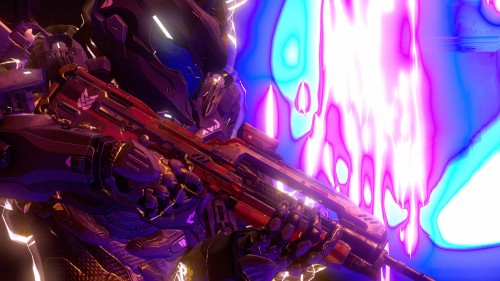 SWAT changes are as follows:

Mini Slayer is exactly how it sounds: All Spartans are miniature! Kill cams and melee’s are disabled, and players will only have access to one map and the Assault Rifle to start, but insider information tells us that we might be seeing more maps in the near future.

Team Throwdown has been updated to v4 settings and the following maps and gametypes are in the rotation:

And finally, Big Team Slayer Pro is getting radar! So be sure and vote “Pro” and play on the new map settings with less randomness and more focus on team play and individual skill, instead of relying on random weapons drops to make or break the win.

See you on the field, and don’t forget to shoot CHa0s in the face if you see her! As always, she will be more than happy to return the favor ;)