Ever since Bungie relinquished development duties on the Halo franchise, we’ve all wondered what the future would hold for the Xbox’s biggest brand. A big part of that is the legendary Halo soundtrack. Bungie composer Marty O’Donnell’s chanting monks are as iconic as Master Chief himself, and new developer 343 Industries chose not to try and emulate or replicated O’Donnell’s work. Instead, they opted to go in a very different direction, bringing in famed Massive Attack producer Neil Davidge to bring a completely different flavor to the sounds of the Reclaimer Trilogy.

I spoke with Davidge about his Halo 4 aural adventures, and even better, I brought the first-ever clips from the soundtrack back for you to listen to, each with an accompanying remix track. Yep, in addition to the Halo 4 Original Soundtrack dropping on October 22, the Special Edition Remix Album hits on the same day and features reinterpretations of the score by artists like DJ Skee, Apocalyptica, Sander Van Doorn, and more. Dig the original soundtrack (OST) clips — and some remix counterparts — and the chat with Davidge below.

On what he did to prepare for work on Halo 4:

“I went back and played the games. It felt important to listen to them in context. I did scan some of the soundtrack albums that Marty had produced. I didn’t really feel like it was going to help me reinvent or evolve the score for Halo. What felt more important for me was to get more involved in the characters of Master Chief and Cortana. So I went back and I replayed the first three games and was just kind of soaking up the music and working out what felt good energy-wise and emotionally. I was trying not to focus too heavily on what Marty was doing.”

On whether he’s spoken to O’Donnell at any point during the process:

“We did drop each other a little note on Twitter – just a quick ‘hi’. He congratulated me on getting the gig. [But] we haven’t met. It would be an honor to actually meet up with him. I think he’s pretty much single-handedly turned game score on its head and turned it into professional art. And there are a lot of composers out there who owe him a beer.” 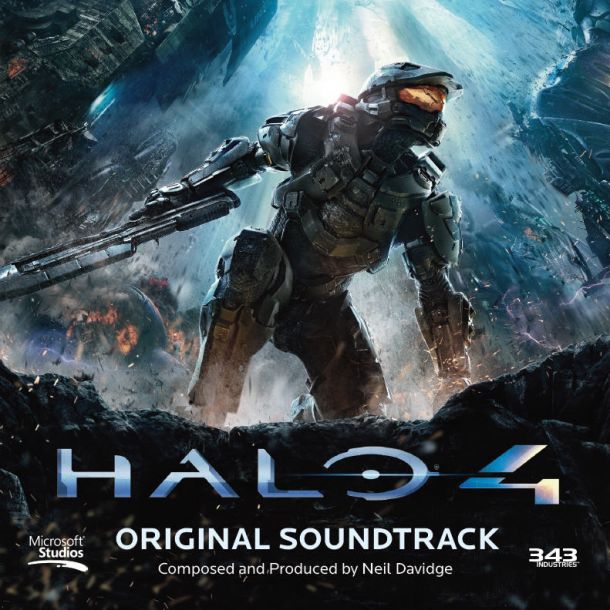 On the importance of the music in Halo:

“One of the main characters in the games has been the soundtrack itself. That was a pretty daunting thing for me – coming onto a game where the music had such a central role. It put a lot of pressure on me.”

On how he came to get involved in the project:

“I’d been looking to branch out from producing…and 343 already had quite a big list of industry heavyweights that they were considering. They were looking for something newer, something fresher, something that could be as iconic as the previous scores that Marty had written. So they didn’t necessarily want to go with a seasoned Hollywood composer. They then got in contact with my management after my name had been put forward.”

On whether they went in a completely new direction out of respect to O’Donnell’s work or to fit the new trilogy’s story:

“It’s very much because it’s a new trilogy. Everyone has the utmost respect for what Marty has done. The phrase that kept going around was ‘evolution not revolution’ of the score. [They wanted a] more electronic, slightly more beat-driven direction, which is one reason why they came to me. They wanted to flesh out, sonically, a new universe. One that they could expand on in subsequent sequels.”

On whether or not he thinks the classic Halo soundtrack even needs to evolve:

“In my opinion just as a fan of the game, yes I think it did need to evolve. It’s healthy to keep things changing. Each Massive Attack album I’ve worked on was significantly different than the previous album. There’s a whole new world of fans out there who listen to a whole different kind of music than what was out there 10 years ago [when Halo first released].”

On whether it’s going to be completely different than the previous Halo music:

“There are connections with Marty’s previous scores within this. There is a continuation, thematically, without being too direct about it. Everything’s been updated on this game.”

On his process for creating the Halo 4 soundtrack:

“I didn’t go into this with a concept and a game plan. I know there were concepts floating around – organic and digital coming together to mesh. [But] I came at this with heart, with love, with passion, and felt my way through the project. Each piece of music I composed, I wanted it to touch me. If it doesn’t mean anything to me, how can it mean anything to anyone else?”

On how he would describe the tone of the soundtrack:

On his creative process:

“I tried a number of different approaches [laughs]. Each approach in its own way at certain points was successful. I did try to compose to the video captures of someone playing the game. I found that to be intensely frustrating. It’s one thing to be behind the controller, but to be a passenger just watching and trying to compose music as a soundtrack to that was a real struggle for me. I would say it only worked once.

“For the most part I’d have to prepare myself much like I’d imagine a method actor would. I’d immerse myself in the characters, in whichever theme I was composing, the environment, the various imagery that the guys at 343 had created. I found the still images to be the most powerful writing tools to get me in the right frame of mind. But at times I’d also listened to some of the dialogue that had been recorded for some of the characters, so I’d get the tone of the characters of the voice in my head. I’d get the gravity of that particular character right. Often I’d just try and amass all this stuff in my head, get my heart in the right place, and go from there and not tie myself to the visual side of things. [Then] I’d present on average two maybe three approaches to each mission to the guys at 343 and they would then make a selection.”

“I went to see the guys at 343 in December 2010 and I wasn’t due to start composing until February 2011, but I was so inspired that I came back to Bristol [UK] and literally as soon as I could get myself into the studio I was composing for the game. I already had a load of ideas I wanted to explore. By the time I was actually due to start composing I’d already written 27 pieces, [even though] all I had was the memory of the experience of being in Seattle for three days and meeting everyone involved. I composed purely on feel.”

On his favorite Halo moment so far:

“The first game itself to me was a key experience. The one that keeps coming to mind, funny enough, is when I was working on the Massive Attack album 100th Window, my assistant programmer and I used to play ‘Hang ‘em High’ all the time.”

On his motivation for the remix album?

“A lot of these people are actually fans of the game themselves. The guys at Apocalyptica have been playing halo since the beginning…In a way it’s kind of allowing a bit more of the community to get involved, even if it’s just the music community.

“If we’re going to go to the trouble of making a soundtrack album, let’s make it a great listen. So therefore let’s get some great remixes as well.”

On how he feels about the finished product:

“The first time I know whether it works will is when I actually buy the game and sit down and play it myself! [laughs]”

1 comment for “Listen to the Halo 4 Soundtrack Right Now”