by CHa0s on November 12, 2013 in For Your Amusement, It's not Halo, Special Interest, Top Stories • 2 Comments

Did you know there has been a robotic spaceship orbiting Saturn since 2004? Cassini has been tasked with studying Saturn, otherwise known as “The Jewel of the Solar System”, and after viewing images taken by Cassini, there’s not doubt that the planet lives up to it’s name.

We received new images from Cassini last Thursday. See Saturn in all it’s awe-inspiring glory in the following images, some of Cassini’s best, taken over the span of it’s mission so far, starting with last Thursdays’ newest. Click to view full-size. 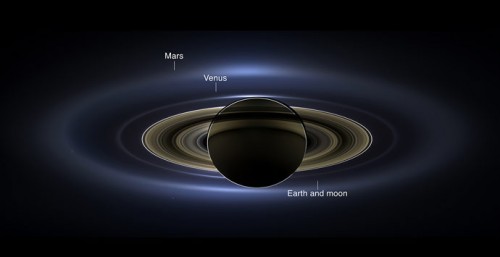 This image captured November 7, 2013 is created from 323 images shot over four hours at approximately 746,000 miles off. 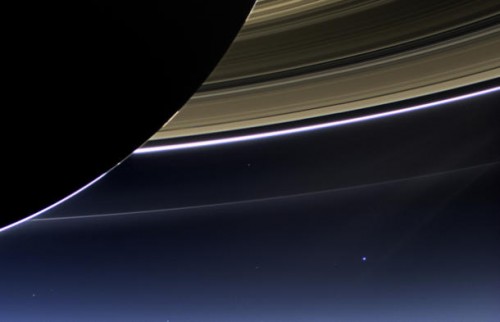 In this closeup of the above image, you can see Earth on the lower right. 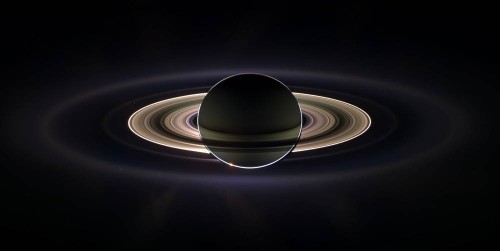 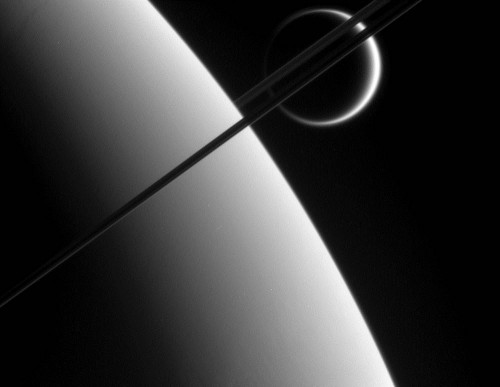 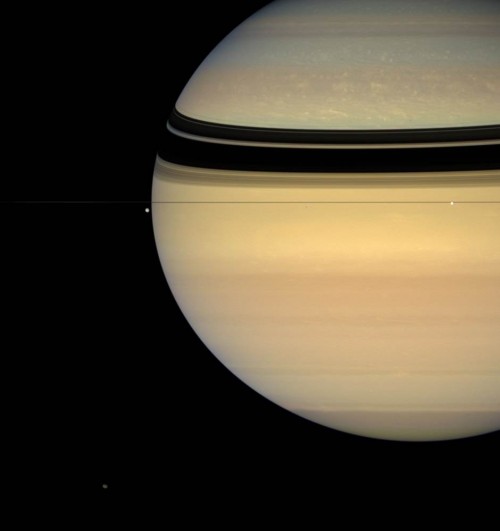 Image captured July 24, 2007. Saturn’s rings are barely visible edge-on as they cast a shadow on the planet. Moons Tethys and Enceladus look tiny in comparison in line with the rings, as Hyperion sits bottom left. 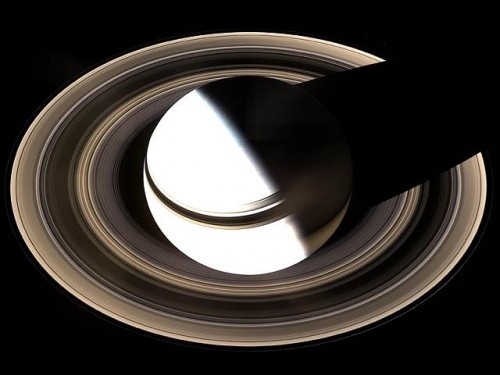 Saturn casts a shadow across it’s rings in this image captured January 19, 2007. 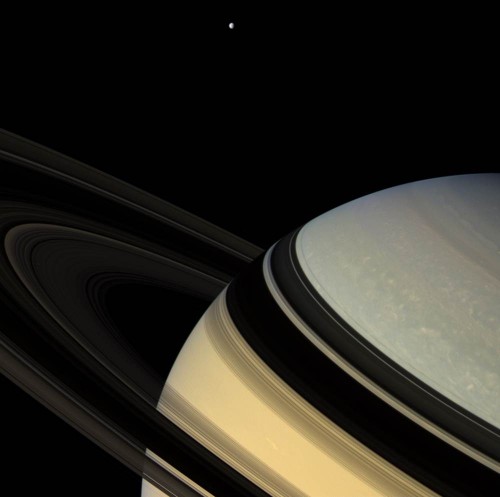 A closer view reveals clouds in this image captured February 4, 2007. Moon Dione is seen in background. Cassini was around 800,000 miles away for this shot. 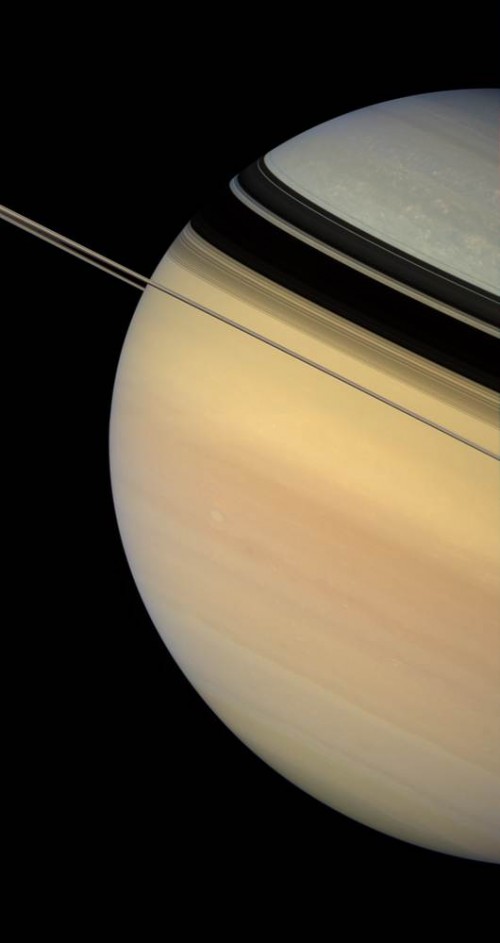 This image, taken on the same day, captures Saturn’s color contrast. It is unknown why Saturn is color-patterned as it is. 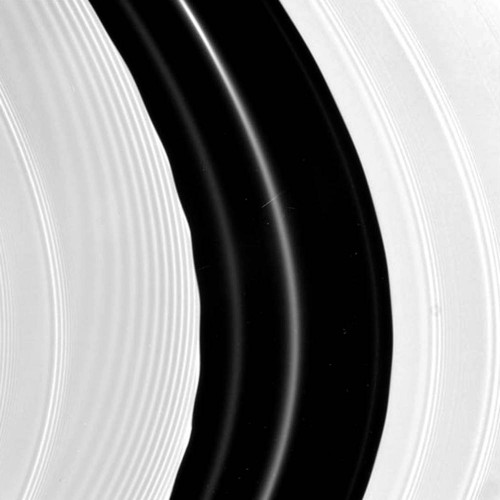 Cassini has also discovered ripples in Saturn’s rings, possibly due to gravitational pull from one of it’s moons.

Want to learn more about Cassini, how it got to Saturn, and see more images? Check out the following links – it’s amazing!