You’re going to play Halo 4 this fall. You know it. Your friends know it. Your family knows it. Your significant other knows it (What’s that? You haven’t told them yet? Trust us, it’s probably best to do so sooner rather than later). For Xbox owners, there is simply no bigger game. But with today’s unveiling of multiplayer Specializations – essentially, Spartan mini-classes that will further customize, enhance, and prolong your Halo 4 War Games multiplayer experience – you’re probably underestimating just how much of your life is about to be spent with the Spartan IVs. We’ve got a breakdown of all eight Specialization classes, starting with the basics, along with details straight from the mouth of Halo 4 Spartan Ops designer David Ellis. Buckle up, people.

“When we launch Halo 4 in November, that’s just the beginning,” Ellis tells us. “Specializations are just another opportunity to make the play experience months and even years after release feel fresh.”

With that in mind, a few housekeeping notes: Specializations give you 10 extra levels’ worth of goodies to unlock, including nine levels of cosmetic armor items. Those nine include armor sets, skins for those armor sets, a weapon skin, emblems, and a visor color. On the tenth level (though the order of what will unlock when isn’t finalized yet, according to 343 and Microsoft), you get your gameplay modifying perk – the ultimate prize you really care about that we’ll detail below.

Also, and this is an important part: two of the Specializations – Pioneer and Wetwork – will be available at launch. The rest will come online later…unless you purchase the Halo 4 Limited Edition, in which case you’ll have access to all eight at launch.

Finally, to answer your question: Yes, your Specializations are usable in Spartan Ops mode. 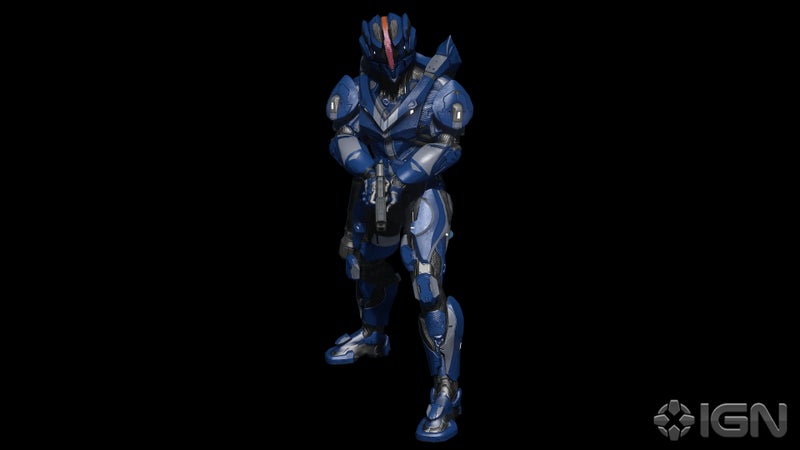 Halo fans who wore the Hyabusa armor proudly in Halo 3 can now walk the walk in addition to talking the talk. As you may have heard in previous Halo 4 multiplayer footage, these Spartan IVs make some serious noise when they move. How could they not? They’re seven-foot-tall superhumans running around frantically while wearing one-ton metal armor. Enter the Wetwork armor mod, which boasts a couple of key stealth-related benefits.

“When someone’s using Promethean Vision, they show up on screen as a big red figure,” says Ellis. “With this [mod], you still show up, but the only thing that shows up is your outline.

“And also when you sprint, it adds some sound dampening so you don’t make as much noise.” Furthermore, the assassination animation will happen faster for you, leaving you vulnerable for a shorter duration of time. Though Ellis did also clarify an immediate question we had, saying, “You definitely still show up on radar, let me make that clear.” Wetworks is one of the two immediately accessible Specializations available to all players out of the box. 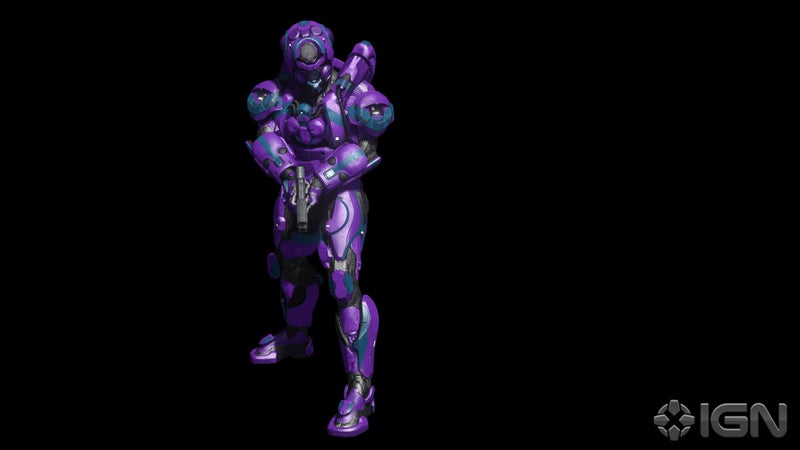 We can’t imagine anyone not starting out by spending a lot of time as a Pioneer, and not just because it’s the only other Specialization that everyone will have access to on November 6. Simply, the Pioneer’s Fast Track mod nets you experience points towards the next level at a higher rate, bringing you closer to your high-level goals.

And because we can already hear the gears turning in your head, Ellis and 343 have already planned for the potential exploits of this particular class. “You can change loadouts mid-match, but we put fail-safes in,” Ellis begins. “For Fast Track, you only get extra XP for the amount of time you were using it. You can’t just turn it on right at the end of a match and think you’re going to get extra XP for everything you did in a match. 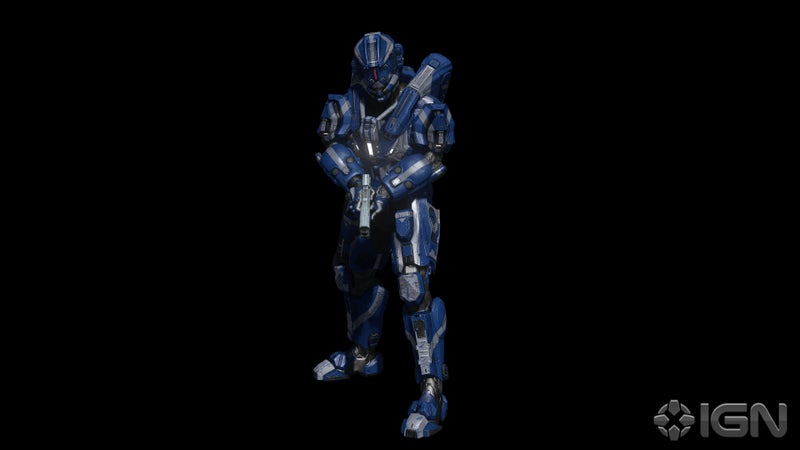 In Halo 4 multiplayer, weapon drops won’t be predictable. Rather, they’ll appear dynamically both in location and in content. You might get lucky and get a rocket launcher, and you might be fortunate enough to have that SPNKr drop a mere feet from your location. In the event something good is falling from the sky, the Engineer’s Drop Recon armor mod provides an advantage. “A couple extra seconds before everyone else sees the [drop] coming down, the Engineer is gonna get a heads-up,” Ellis says. Secondarily, he adds, “Based on the distance to the weapon, you can get an arrow pointing you to where the nearest timed ordinance drop is coming in. It extends the range of those popping up on your HUD.” 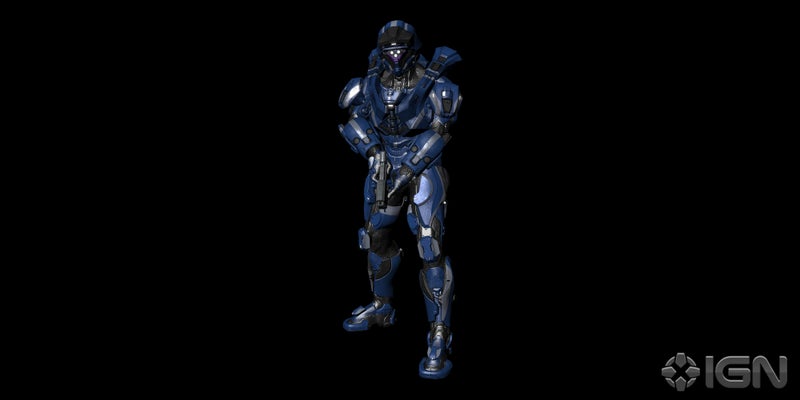 Alternative to the same situation the aforementioned Engineer faces, of course, is this: What if you truck halfway across the map only to discover a lame Covenant plasma rifle? Bummer, right? Well, the Tracker has the ability to turn that frown upside-down with his Requisition armor mod.

“When you get an ordinance drop, you get a choice of some grenades, a weapon, and a power-up,” Ellis explains. “What this allows you to do is essentially re-roll. So if the three choices that you have don’t suit your play style, you get a chance to re-roll and get an all-new selection.” 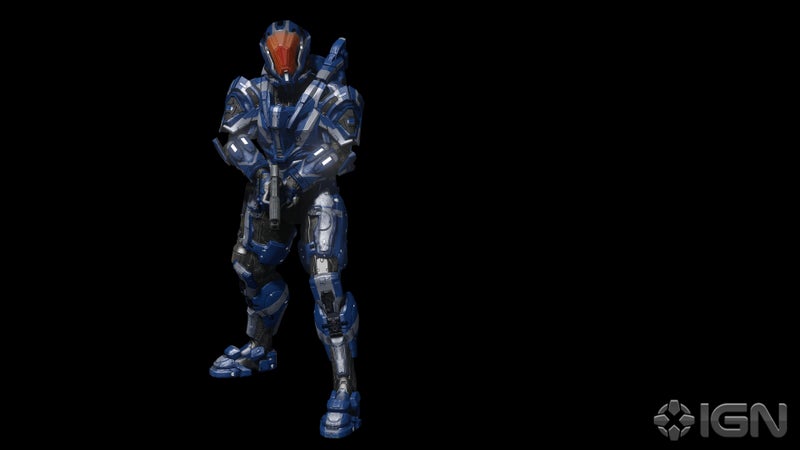 “In past Halo games, when you’d be zoomed in and take a shot, you’d be taken out [of your zoom],” Ellis reminds us. “Now it’s not necessarily the case. As you’re taking shots [with the Stability mod], it allows you to keep your reticule more stable.” Yep, this one is almost straight out of Call of Duty. The Rogue Specialization is tailor-made for players who prefer to snipe their foes from afar. [Editor’s Note: If only Halo 4 had a Halo 1-style super-pistol to go with this mod, I’d be unstoppable. MUHAHAHA!!!] 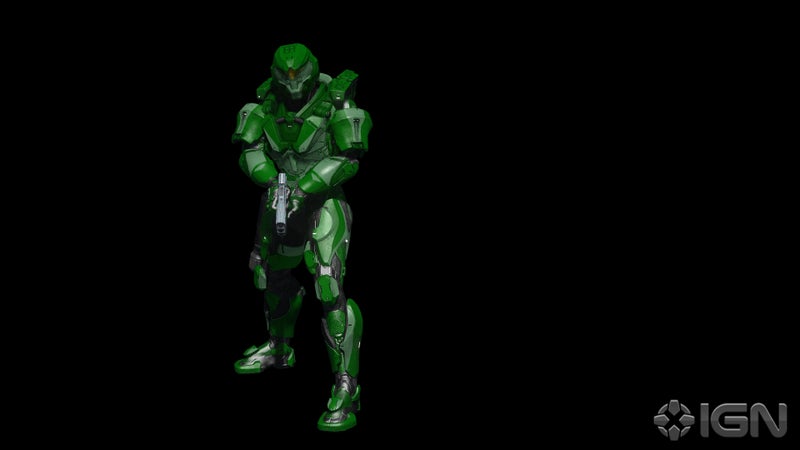 Described by 343 Industries as “Spartan optimization for target shadowing missions which require tactical invisibility despite operating at an extremely close range to the target itself,” the Stalker packs the Nemesis armor mod, a passive skill that, according to Ellis, “Pops up on the HUD an icon of the last person that killed you.” It also tracks enemies who’ve attacked but not killed you as well, making it useful for both retaliation and revenge. Teams that communicate well can make fantastic use of this perk. 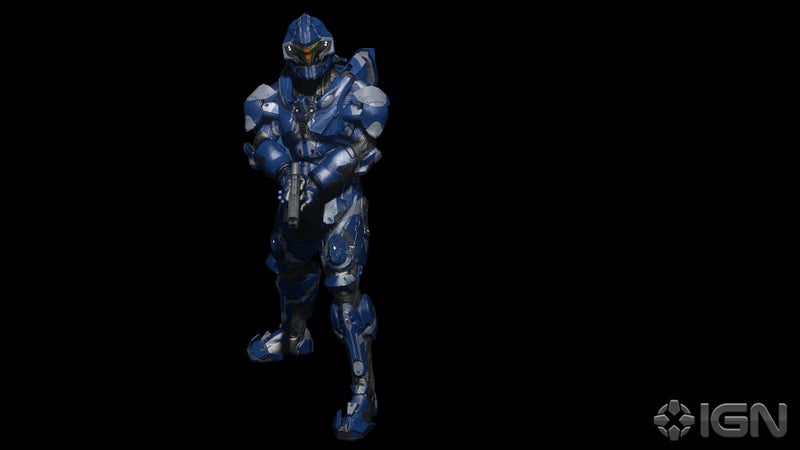 This one is pretty self-explanatory. Pathfinders enjoy the Gunner mod, which reduces the cool-down on vehicle weapon overheating and allows you to move faster when carrying a detached emplacement. “If you like grabbing turrets,” suggests Ellis, “This will make you a little more powerful than you would be otherwise.” Ellis may or may not have had an ear-to-ear grin on his face when he said this. 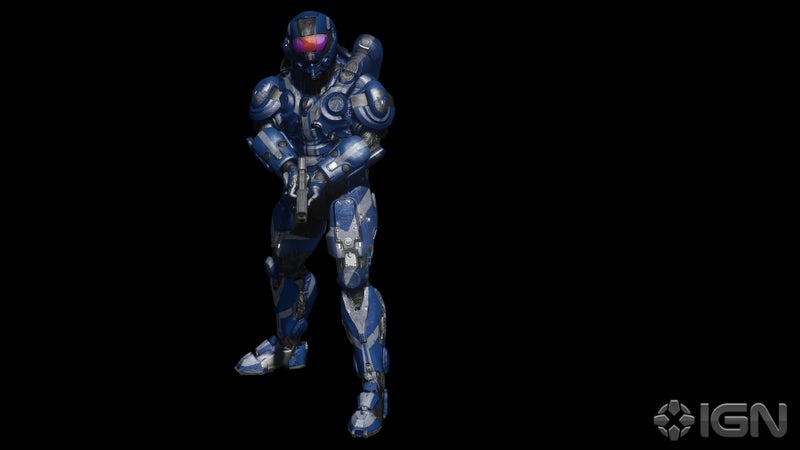 This one’s for all the vehicle lovers out there. “In the past you’ve been able to use an EMP pulse to freeze a vehicle,” says Ellis, recalling far too many memories of having a Running Riot interrupted by a well-placed overcharged plasma pistol burst. “This [Wheelman armor mod] gives you a bit of a resistance against that. It won’t necessarily stop you in your tracks [anymore].”

But wait, there’s more: “This also allows you to recharge the health of a vehicle a little faster. It won’t be [super] fast, but if you can get out of harm’s way, you’re going to recharge the vehicle’s health faster than you would otherwise.” And 343 is encouraging this in a key way: “You’re going to be rewarded a lot more for [driving well and getting assists] than you were before,” clarifies Ellis. “We’re going to encourage people to want to be the driver.”

Before you get the same idea I did, though, take note: multiple armor mods of the same type do not stack. So if you fill a Warthog full of Operators, you won’t create a magic, invincible ride. Sadly.

The End…but Just the Beginning

It’s becoming clearer and clearer that Halo 4’s robust multiplayer mode is even deeper than any of us could have anticipated. But with all these new-school Spartan IVs, what about the classic MJOLNIR Mark V look from Halo 1? Does that svelte and simple suit of armor have a place in Halo 4’s sophisticated, story-grounded War Games universe? “I will say that if you’re a fan of nostalgia, we’ve definitely included some options that will scratch that particular itch,” Ellis concludes. And as for other Recon-like armor-related surprises? “We definitely have some secret [armors] up our sleeves.”