Part four of five in Urban Reflex’s synopsis of the Halo story up to Halo 4. Don’t forget to catch up on parts 1-3 first if you haven’t:

In-system on patrol, the UNSC Iroquois receives information that suggests Sigma Octanus IV is about to come under attack from the Covenant. Commander Jacob Keyes relays this information to Fleet Command and asks for reinforcements, but the enemy arrives first.

Keyes manages to defeat three Covenant ships with a daring slingshot manoeuvre that comes to be known as the ‘Keyes Loop’, whilst the remaining carrier deploys an invasion force before retreating into slipspace. The UNSC fleet arrives, and sends ground forces to the surface, including Spartans. They evacuate the occupied city of Côte d’Azur, and prime nuclear warheads beneath its streets.

Blue Team, consisting of John-117, Fred-104, Kelly-087 and James-005, trace the Covenant to the city’s Natural History Museum, where they discover a beacon transmitting into space. The device is scanning symbols inlaid into an ancient meteorite, and beaming it to a ship in low orbit. They disrupt the device, retreat to a safe distance, and destroy the city and its invaders.

More Covenant vessels jump into the system. The UNSC fleet engages, sacrificing the repair station Cradle as a shield from plasma torpedoes. Keyes destroys the ship receiving the transmission from the planet’s surface, and the rest of the Covenant forces flee. Unbeknownst to the humans, however, they attach a tracking device to the hull of Iroquois.

Contact is lost with Reach’s main off-world communications relay in Visegrád. After the initial response team fails to report in, Noble Team – a group of Spartan-III’s with Spartan-II class genetics and equipment – are sent to investigate. They find the relay has been taken offline by the Covenant, in preparation for an attack.

Noble Three and Noble Six recon the Covenant dark zone, an area blocked off from UNSC surveilance. They discover the landing point for an invasion force, and the UNSC mount an offensive on its position the next day. After the destruction of a Covenant cloaking tower, the source of the army is revealed: A gigantic supercarrier, Long Night of Solace, holding position just above the battlefield.

Noble Two devises a plan for taking out the super carrier. Using a Covenant corvette as a delivery system, she plans to activate a slipspace drive in close proximity to Long Night of Solace, thus destroying it. Noble Five and Noble Six successfully board the corvette with the makeshift bomb, but when its timer is damaged by plasma fire Noble Five is forced to stay behind and activate it manually. The victory is short lived, as immediately after the explosion a fleet of Covenant vessels arrive, and the invading forces begin to take control of the planet.

The Spartan-IIs are gathered on Reach and briefed by Dr. Halsey and Captain Keyes on Operation: RED FLAG; an ONI mission to capture a High Prophet and force the Covenant into a ceasefire. The ship chosen is the UNSC Pillar of Autumn, and its AI will be Cortana; created especially for this mission from a clone of Dr. Halsey’s brain.

Noble Team is sent to destroy ONI SWORD Base, and stop its secrets falling into Covenant hands. However, these orders are just a front to bring Noble directly to Dr. Halsey in her lab beneath the complex. Here, with the help of a fragment of Cortana, she has been studying a Forerunner artifact. She tasks Noble with delivery of this fragment to Pillar of Autumn’s launch site in Aszod. Dr. Halsey is then escorted to CASTLE Base by Noble Three.

The remaining members of Noble Team travel to Aszod and hand over the fragment to Captain Keyes. Instead of leaving with the Autumn, the last surviving Noble member, Noble Six, stays to give her cover fire using a mass driver cannon. The ship safely makes orbit, with the Spartan-IIs and a re-unified Cortana safely aboard.

XXV. The Fall of Reach *

Once in space however, the Autumn is delayed by the arrival of the Covenant Fleet of Particular Justice. It takes part in the space battle against the fleet, which deploys forces to the surface in an attempt to disable the power generators of the orbital MAC platforms. John-117, Linda-058 and James-005 depart to stop the unsecured navigational database of the UNSC Circumference from falling into enemy hands, whilst the remaining Spartans deploy to defend the generators.

The Covenant forces overrun the generators, taking the MAC platforms offline and facilitating the decimation of the human fleet. The few surviving Spartans are split, one group falling back to Camp Independence, another to CASTLE Base with Dr. Halsey. John-117 is successful in his mission, but at the loss of James-005 and the incapacitation of Linda-058.

Upon his return to Pillar of Autumn, John-117 places Linda-058 in cryo-stasis and they flee Reach. Cortana uses information gained from her fragment to determine that the symbols on the Sigma Octanus artifact are in fact a star chart, and as the co-ordinates comply with the Cole Protocol she sets course to their destination.

Pillar of Autumn drops out of slipspace to discover the Covenant waiting for it. The co-ordinates have led them both to an artificial ring world, settled in the shadow of a gas giant. Outnumbered and outgunned, Captain Keyes orders the evacuation of the ship and entrusts John-117 with protection of Cortana. The Autumn crash lands on the ring.

The surviving crew, led by Major Antonio Silva, establish a base of operations. They discover that Keyes has been captured, and is being held aboard the Truth and Reconciliation. John-117 mounts a rescue mission. Whilst in captivity, the Captain has learned that the Covenant refer to the ring world as “Halo”, believing it to be a weapon built by the ‘Forerunners’ eons ago. He then tasks John-117 to find the control room before the Covenant do.

Once located, Cortana learns from the control room that the weapon cache Keyes has gone searching for isn’t what it seems, and hurriedly sends John-117 to stop him. Upon reaching the facility, it becomes apparent that the Covenant has released samples of the Flood from storage. The infection spreads quickly, forcing the humans to abandon their base.

John-117 is contacted by 343 Guilty Spark, the Forerunner custodian of the installation. It convinces the Spartan that activating the Halo’s defenses is the only way to stop the Flood outbreak, and to that end teleports him away to retrieve the activation index. Spark states that only a “reclaimer” can unify the index with the core and fire the ring, and so John-117 brings the index to the control room and begins the firing sequence.

This is abruptly halted by Cortana, still active within the Halo control system. She reveals that activating the ring will not actually kill the Flood directly, only their food: anything with sufficient biomass and sentience to be a carrier. Guilty Spark admits this, but insists it is the only way and attacks John-117 when he does not comply.

To stall the Halo from activating, John-117 and Cortana disable the firing generators. This gives them time to retrieve Captain Keyes’ neural implants from his Flood-infected body aboard Truth and Reconciliation; planning to use them to initiate Pillar of Autumn’s self destruct sequence and destroy the Halo.

Major Silva’s human forces attempt to capture the Covenant ship as a means of escaping the ring. However, his second in command realises it is too dangerous to let the Flood-ridden vessel leave, and crashes the ship into the surface. John-117 and Cortana succeed in destroying the Autumn, and with it the installation. They manage to escape in a Longsword fighter, linking up with a Pelican of survivors – including Sgt. Avery Johnson – and finding the cryo-tube of Linda-058 floating in space.

With no translight-capability, the group is forced to assault and capture the Covenant supercarrier Ascendant Justice. As returning to Earth with it would violate the Cole Protocol, the survivors travel to Reach to acquire a human vessel from the debris field, planning to use it to return home. Upon arrival, they intercept a signal that suggests the other Spartan-IIs are still alive on the surface.

John-117 leads the team to the source of the signal, and is reunited with the remaining Spartans, VADM. Danforth Whitcomb, and Dr. Halsey. Whilst Halsey and her group were trapped in the caves beneath CASTLE Base, they gained possession of a Forerunner crystal that the Covenant are desperate to retrieve. Halsey also learned of another Spartan program, and the planet on which it is located…

They return to Ascendant Justice to discover that Cortana has made some upgrades; she has piggybacked the stricken UNSC Gettysburg atop the Covenant vessel, aiming to increase its power output. They hybrid ship jumps to slipspace to escape the Covenant fleet still patrolling the area, but the Forerunner crystal aboard distorts the mechanics of the alternate dimension and brings the enemy fleet with them.

A battle ensues, in which Kelly-087 is wounded when attempting EVA repairs on the ship. Cortana drops back to normal space, causing the pursuing fleet to be destroyed by the collapsing of the crystal’s “slipspace bubble”.

During the battle Dr. Halsey has a crisis of conscience, kidnapping Kelly-087. She steals the rebel governor’s private spacecraft and sets course for the location of the other Spartan program she uncovered on Reach. Before leaving, Halsey entrusts the crystal to Cpl. Locklear, who destroys it with explosives; but also kills himself in the process. A fleet of Covenant vessels arrive, and Gettysburg-Ascendant Justice is forced to flee.

The Covenant are massing ships at the battle station Unyielding Hierophant in preparation for the jump to Earth. The Spartans assault the station in the hopes of buying Earth some time, managing to successfully rig its reactors to explode. Gettysburg-Ascendant Justice is split, with Cortana rigging the Covenant slipspace drive to Gettysburg. VADM. Whitcomb then takes Ascendant Justice, and lures the Covenant closer to Unyielding Hierophant with a holograph of the crystal.

The battle station explodes, taking with it Ascendant Justice and five hundred Covenant ships. Gettysburg returns to Earth to warn of the imminent invasion. 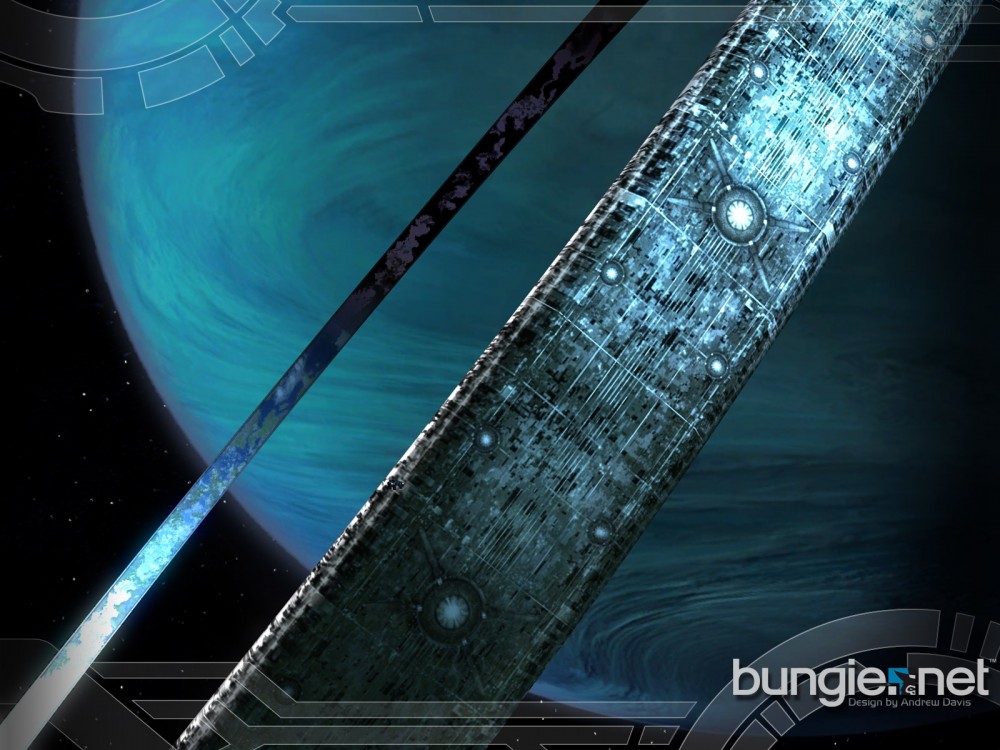