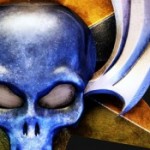 active 10 months, 1 week ago
This is a mention from someone’s profile @spartanhawk1 View