Copying over these two posts from “Saw it on the net” to include in this here thread.

Yeah, I couldn’t stay away from the forums, sue me :D

Have you heard of Bungie’s upcoming game, Destiny? I’m intrigued…

Edit: Firestream has already created a desktop for it: http://firestream.net/?p=120

I’m intrigued, but I’m not into MMO’s.

This was in ODST, released in 2009. I had forgotten about it.

Here is a video posted over at HBO with some ‘animated’ artwork from Destiny. Pretty cool…

Luis Wu of halo.bungie.org has created a new subforum:

Luis Wu of halo.bungie.org has created a new subforum:

A lot of hype right now for Destiny. The first reveal is coming on the 17th.

Meant to post this linky, it has clues Bungie is putting out, encryptic stuff and the kind of fun they’ve done for the Halo series:

Here’s a linky to follow the solutions, in case you like the process but like me don’t have time to try to figure any of it out:

Meh, I wouldn’t worry about pre-ordering. There will be plenty of disks to go around.

I’d be shocked if we even saw a snippet of gameplay on the 17th. 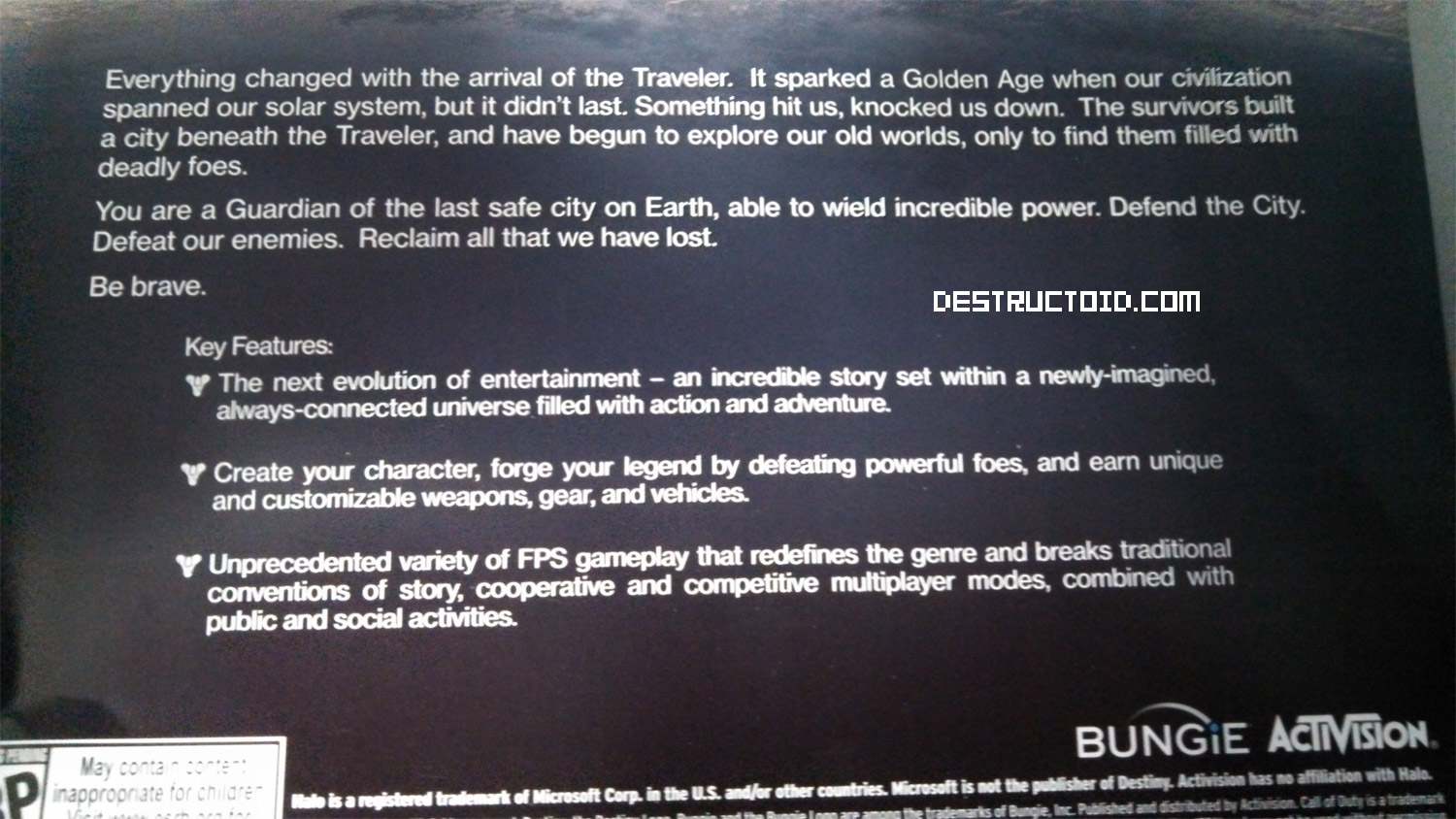 My body is ready.

This is for you, Darth: MOAR INFO

Don’t know where he gets his info, but it’s possible he knows what he’s talking about. A ton of details in here.

Good video Chaos. All of his info, as he stated, came from the article published by IGN.

Also, I’m now bummed that Destiny won’t be out this year – According to Activision.

The new Law of the Jungle trailer.

It’s got me thinking Halo + Borderlands.